Umberto Cesari launches Solo, a wine that comes from Merlese, a new grape, the perfect sinthesys between Merlot and Sangiovese.

Umberto Cesari launches Solo, a wine that comes from Merlese, a new grape, the perfect sinthesys between Merlot and Sangiovese. 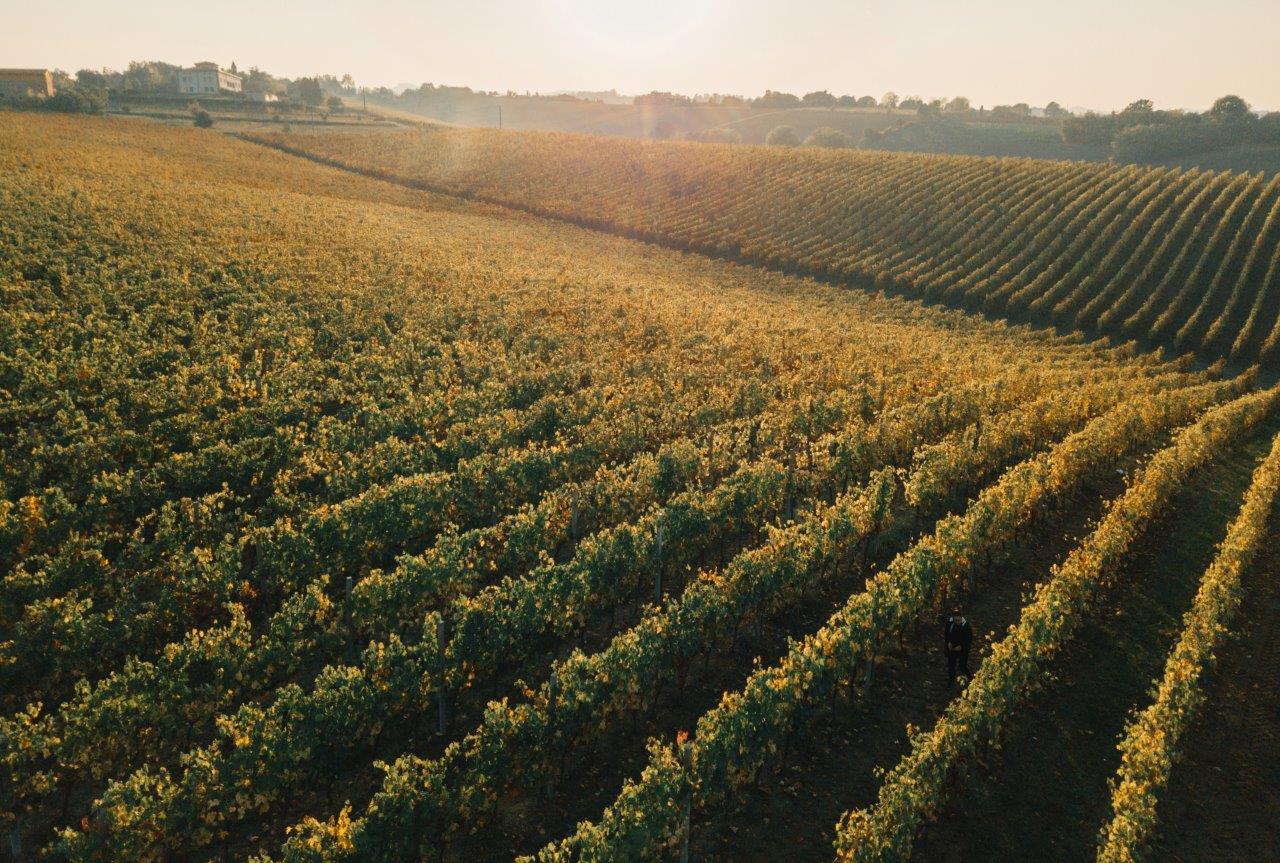 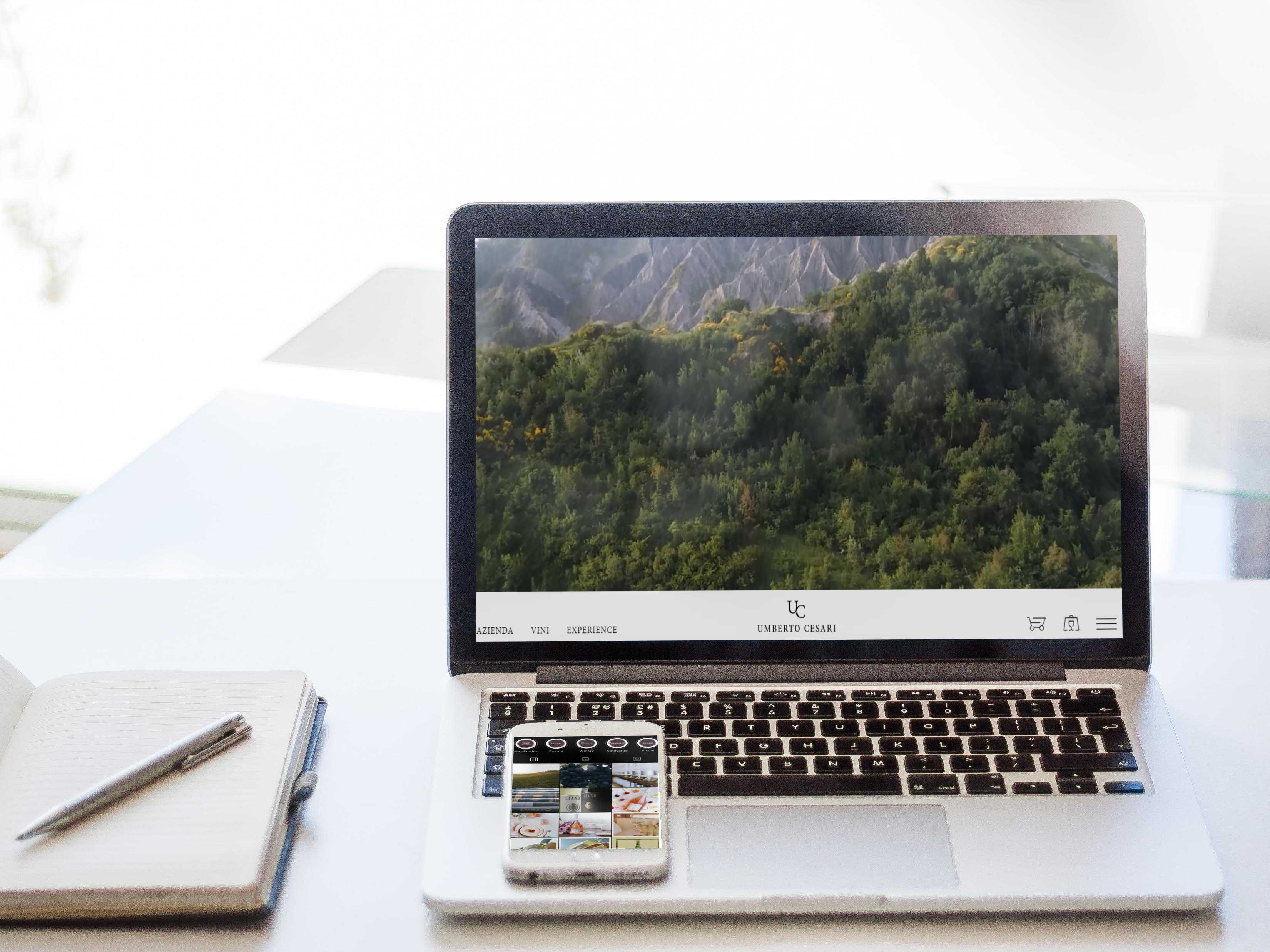 Castel San Pietro Terme (Bo), April 1st 2021 – Umberto Cesari presents “Solo“, a new wine, 100% Merlese, which originates from the company passion and love for the land, which has always been exalting and valuing the excellence of Romagna area and the richness of its expressive forms. A territory rich in nuances, generous, which deserves care and attention and on which the company constantly strives to advance the quality of its “fruits”.

Resourcefulness and foresight have guided the creation of something that was not there, something different and unique. Umberto Cesari’s new oenological challenge began years ago, in collaboration with the Faculty of Agriculture of the University of Bologna, (a relationship with the University that has been lasting for 40 years) and was inspired by the new climatic context outlining. This new vine variety, more tolerant to environmental stress than its parents (it tolerates drought better than Merlot and resists late rain better than Sangiovese), has been combined with innovative and sustainable agronomic practices, with the aim of obtaining the resilience that is becoming a necessary condition for today’s viticulture.

Merlese therefore comes from afar, as the aspiration of Umberto Cesari, the founder, shared since the very beginning with his son Gianmaria, who brought the project to completion with determination and tenacity and who now presents with satisfaction the first wine produced from these grapes: ” Solo”, whose etymological root indicates totality, integrity, completeness.

“Solo” is the expression of Merlese, a new, authentic and essential grape, the result of a marriage between two important parents: Sangiovese and Merlot. It is therefore a cross of two varieties belonging to the same species: Vitis vinifera.

Almost all vines are born from spontaneous crosses, or rather by a fortuitous exchange of pollen between two subjects, but if man facilitates the arrival of the pollen of a specific variety (Merlot) on the ovary of another of interest (Sangiovese ) you obtain seeds that, when sown, give life to a new variety. One of these seeds gave birth to Merlese.

Merlese vines, cultivated in calcareous soils with a clayey matrix, offer a black berried grape that enjoys a slight earliness inherited from Merlot, coupled with a superior resistance capacity, compared to the ‘Sangiovese parent’. Merlese ripens before Sangiovese, but after Merlot; the leaves resemble those of Merlot, covered with tomenties, the bunch is smaller than Sangiovese, but larger than Merlot. The average weight is a cross between that of the parents, but the interesting aspect is the colour that the skins give to the wine. In fact, Merlese boasts a skin rich in polyphenols as well as higher levels of acid and sugar concentration. A grape that brings with it the aromas of Merlot and the strength of Sangiovese, with a gentler and less edgy touch.

“Solo” has an intense ruby ​​red colour, brilliant and with violet reflections, it is striking for its softness and delicacy well harmonized with the acidity (characters found in the two grape varieties that generated it), while the fruity notes of cherry, blackberry and wild berries go well with the spicy and balsamic tones typical of Merlot. “Solo” is a contemporary wine with a great personality, ample, intense and which persists in the aftertaste with a strong but pleasant tannin.

In the cellar it undergoes a vinification in temperature-controlled tanks with automatic pumping over, able to favour an optimal extraction of the skins. Refinement in steel and at least 6 months rest in the bottle follows.

“Solo” will further enhance the uniqueness of Umberto Cesari wine collections “- says Marcella Logli, Marketing and Strategy Director – The launch of the new bottle is part of an important rebranding operation that aims to address current and potential markets with an immediate and direct language, which meets the needs of an increasingly experienced, sensitive and lively customer. A change of pace that will be supported by an important online and offline media campaign that will help to give further impulse to the brand image”, she concludes.

The company thus shows itself in a new guise that expresses tradition in continuity with innovation, to talk about itself through a modern and contemporary look.

Gianmaria Cesari states: “Umberto Cesari is the first company to have bottled a wine made from Merlese grapes; the studies and experiments carried out with the University of Bologna took a lot of time and effort, but they allowed us to arrive at this unicum where theory and practice meet perfectly. “Solo” is the child of this historical moment, where sharing and integration are key elements and, despite the name, it is not born in solitude, but from the need to talk to each other and get even closer. “Solo” is a complex wine, with great structure, drinkability and elegance, which reaffirms the companys desire to always wade forward, along new paths projected towards the future, to build new memories. “

or login with your social network

A quick and easy way to find the ideal wine for any occasion. If you want to try the quality of our labels, but want to play it safe, follow all the steps of our virtual Sommelier. You will discover the perfect wine for you.

THESE ARE THE WINES, THAT WE HAVE CHOSEN FOR YOU